(2)In 1984 Hines came to Southwestern High School as the new principal. The windows rattled in the wind. The roofs leaked. Every room seemed to need repair.

(3)Worse, students roamed the halls, some wearing gang colors. Classrooms were often empty due to truancy and a 38-percent dropout rate. After first surveying the school, Hines returned to her office, pulled out a writing pad and began writing. “We can’t teach them if they’re not here. We can’t get them here if we don’t offer training they can use. Once here, we must provide a safe, clean, caring environment.” Hines didn’t just want to redecorate a school. She wanted to renovate the lives of her students.

(4)Hines first organized parent, student and teacher groups to improve the site. It took four years, but every window was eventually replaced, and repairs were made to the damaged areas.

(5)She also tackled the attendance problem, marked by the regular absence of nearly 30 percent of the students. She initiated incentive programs, including internships with local businesses, and she guaranteed to teach useful skills to all those who maintained a certain grade level. Today, attendance is at 90 percent.

(6)When Hines realized that the majority of students getting scholarship assistance were athletes, she started banging on corporate doors and applying for grants. Since 1988, scholarship awards totaling nearly $9 million have gone to her students for academic achievements.

(7)In the earliest days, however, there were few incentives for kids to stick with school. To get them back, she sometimes drove through the community to find them.

（8）She hounded a gang member in just this way. One afternoon she went to the boy’s home to see if he was doing his schoolwork, only to find he wasn’t there. Without a second thought, she drove through every street. When she spotted him “hanging” with his buddies, she pulled up. “Get in the car,” she said calmly.

（10）”Get in, or I’ll drag you in,” insisted Hines. Unwillingly, the boy complied, and Hines took him home to his mother where the three talked for more than an hour. Afterward, the boy slowly began to improve. He still needed constant supervision, but the principal never flinched.

（11）The night he graduated, he caught Hines completely off guard. He took his diploma, then embraced her. He buried his head on her shoulder, sobbing without shame as his classmates erupted in cheers.

（12）Now, Betty Hines has built a teaching staff that mirrors her beliefs about renovating the lives of students who have been worn down or broken. Hines explains, “There’s something in every young person that can be cultivated into greatness.”

问题
1. What was the challenge that Hines faced when she first became a principal?

B. Many students played truant.

2. What was the first step in her renovation of the school?

A. She organized the people concerned to improve the school facilities.

3. How did Hines tackle the problem of truancy?

D. She started incentive programs which promised a bright future for students.

她启动了激励计划，承诺给学生一个光明的未来。
4. Why did the boy embrace Hines, sobbing without shame when he graduated?

B. Because he felt grateful to Hines and reluctant to leave her.

5. What can be inferred about Hines?

C. She was a woman of ability and determination.

（1）Michael and Susan can’t even buy a pair of shoes these days without being recognized. Since they appeared on the TV show “Extreme Makeover” earlier this month, undergoing $300,000 worth of plastic surgery and then marrying each other at the Disney World Wedding Pavilion, the couple have become minor celebrities. But three months ago, their life was quite different.

（2）In their apartment on Valentine’s Day, the couple explained how and why they decided to join their wedding day with the remodeling of their bodies, and why they decided to do it on national television. As much as they loved each other for what was inside, both were unhappy with their own looks. They felt they suffered when others judged them on their appearances. After losing more than 100 pounds, Susan, a 42-year-old drama teacher at a high school, was embarrassed by excess skin on her stomach. Michael said he had always hated his nose, calling it big and beak-like. Both were looking into the costs of plastic surgery, but learned they would have to save up for a long time to have one or two procedures. They agreed to apply for an appearance on “Extreme Makeover,” a reality television show that pays for participants to have extensive plastic surgery and broadcasts their experiences. After they were accepted for the show, Michael privately told producers he would ask Susan to marry him in the live broadcast.

（3）They parted for nearly two months because of operations and workouts. They would not see each other again until their wedding ceremony. Then the two would appear looking dramatically different. Susan said that while it was hard not to see Michael for seven weeks, the wait enhanced her anticipation of the big day. “There’s something very romantic and old-fashioned about being separated from your spouse until the wedding day,” Susan said.

（4）Doctors completed Michael’s surgeries in a single, eight-hour session. Meanwhile, Susan spent three days under the knife. While they were healing from the operations, the pair made wedding plans and stuck to a strict physical exercise plan at the gym. “Extreme Makeover” taped everything – Michael shopping for a wedding ring, Susan shopping for a wedding dress with the bandages still on her stomach.

（5）The whirlwind ended with a December wedding in Disney World, decorated with $25,000 worth of red roses. About 100 family members and friends came, and there were 10 bridesmaids and groomsmen. Michael showed off his new look, to a cheering and baffled wedding audience, before Susan walked down the aisle. Those gathered gasped when Michael lifted her bridal veil.

（6）ABC paid for the wedding, the wedding dress, the plastic surgery, the doctor appointments, and room and board costs. Michael estimated the final cost was more than $1 million. “The whole thing was an adventure,” said Michael. “We don’t get enough adventures in life, and it totally enhanced the wedding experience for me.”

（7） Neither have regrets about the operations or the wedding, or being shown on television in their underwear undergoing plastic surgery. Indeed, they hope their story is an inspiration to others.

1、Michael and Susan were lucky enough to appear on the TV show “Extreme Makeover” and were able to hold their wedding ceremony at Disney World and to have it broadcast on TV.  （T）

2、As both Michael and Susan were unsatisfied with each other’s physical appearances, they decided to undergo cosmetic surgery. （F）  不是互相，是对自己不满意

3、Susan, a middle-aged high school teacher, was upset by the excess skin on her stomach resulting from her loss of weight.（T）

4、The couple could not afford the high cost of the surgery and turned to “Extreme Makeover” for help to realize their dream.（T）

5、Michael’s surgery lasted several days, much longer than that of Susan.（F）迈克8小时，苏珊3天

6、During their recovery from surgery, the couple were allowed only once to see what the other looked like. （F）7周没见过面

7、During and after the operations, Michael and Susan were not allowed to meet until their wedding day.（T）

9、Michael estimated that their surgical operation cost more than $1 million, far beyond the original estimate.（F） 手术费用30万，加上其余的费用100万

10、The couple viewed their experience as an adventure and did not regret being shown on television in their underwear while undergoing plastic surgery.（T）

（1）November 18, 2003, New York City. I stayed home to watch the final game of the man vs. machine epic: Garry Kasparov vs. X3D Fritz. One is the renowned world chess champion and the other the best computer chess program in the world.

（2）To most folks, all of this man vs. computer stuff is anticlimax. After all, the barrier was broken in 1997 when man was beaten. Kasparov lost to Deep Blue in a match that was truly frightening, frightening not because the computer won, but because of how it won, making moves of subtlety. And subtlety makes you think that machines will achieve consciousness.

（3）That’s the bad news. In the meantime, the good news is that the latest man-machine chess matches are reasons for some relief.

（4） We assume that as computers get better, they are going to pull away from us, beating us more and more easily, particularly in such logical exercises as chess. Not so. Since 1997 machines have gotten so much stronger that even off-the-shelf ones now routinely massacre the ordinary player. But the great players are learning to adapt. Genius is keeping up.

（5）Given Moore’s Law, that is, computers double in power every 18 months, you would have expected that six years after Deep Blue’s epic victory, humans would be helpless. In fact, they are not. Earlier this year, Kasparov played a match against Deep Junior and drew. And his four-game match with Fritz, the strongest chess program in the world, ended dead even: two draws and a win each.

（6）Interestingly, in each game that was won, the loser was true to his nature. Kasparov lost Game 2 because, being human, he made a tactical error. Computers do not. When it comes to tactics, they play like God. Make one error, just one, and you’re toast.

（7）In Game 3 the computer lost because, being a computer, it has (for now) no imagination. Computers can outplay just about any human when the field is open, the pieces have mobility and there are millions of possible tactical combinations. Kasparov therefore steered Game 3 into a position that was utterly static – a line of immobile pawns cutting across the board like the trenches of the First World War.

（8）Neither side could cross into enemy territory. Therefore there was nothing that Fritz could do. It can see 20 moves deep, but even that foresight yielded absolutely no plan of action. Like a World War I general, Fritz began pacing up and down behind its lines.

（9）Kasparov, on the other hand, had a deep strategic plan. Quietly and methodically, he used the bit of space he had on one side of the board to align his pieces, preparing for the push of a single pawn down the flank to queen – and won.

（10）Meanwhile, Fritz was reduced to shuffling pieces back and forth. At one point, it moved its bishop one square and then back again on the next move. No human would ever do that. Not just because it is a waste of two moves. It is simply too humiliating. It is an open declaration to your opponent that you have no idea what you’re doing.

（11）In the meantime, Kasparov is showing that while we can’t outcalculate machines, we can still outsmart them. It even appears that we will be able to hold our own for a while. That’s victory enough. For now.

问题
1. What is the bad news from the speaker’s point of view?

A. Machines are developing so fast that they will achieve consciousness.

2. What is the good news according to the speaker?

C. Man is not totally a loser, as the latest man-machine chess matches show.

B. Two draws and a win for each player.

C. On the whole, he was satisfied with the result. 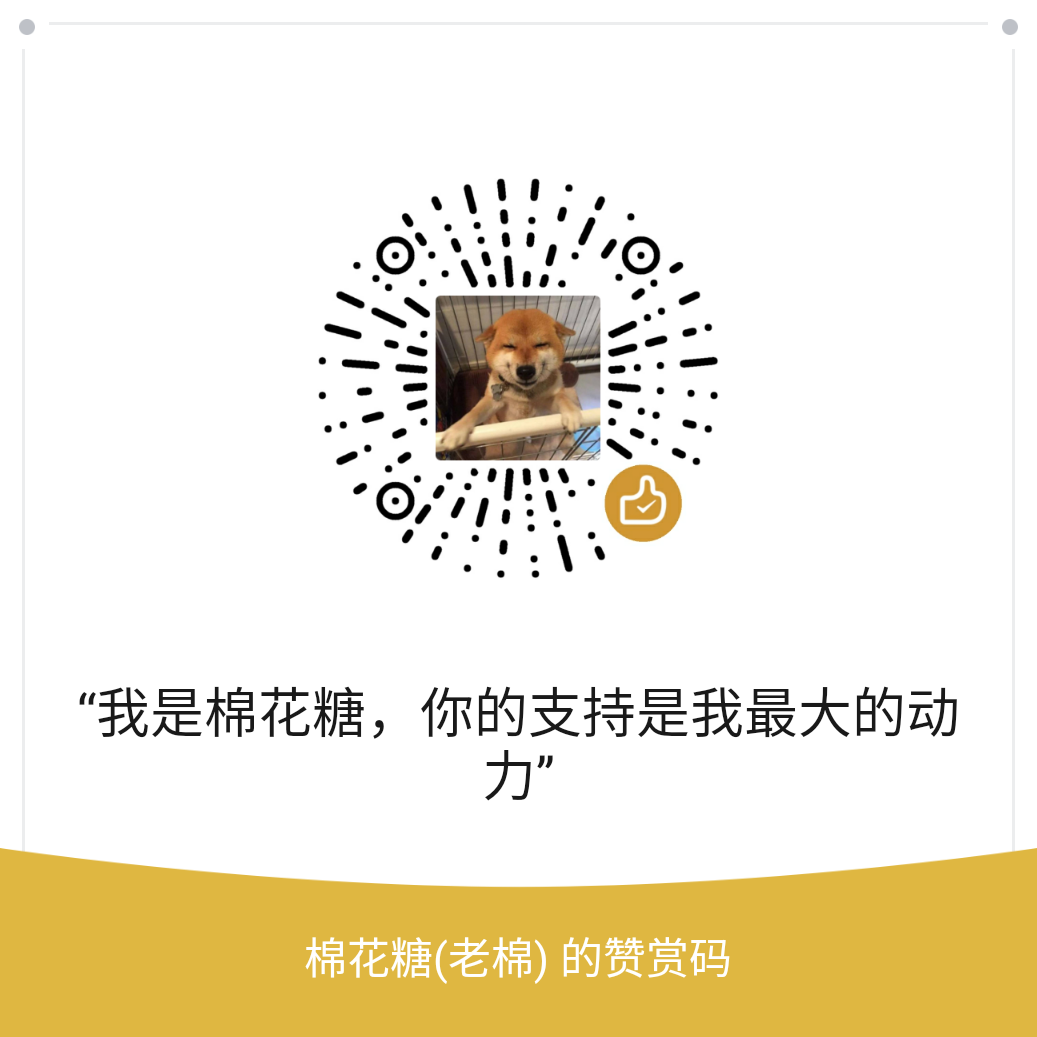